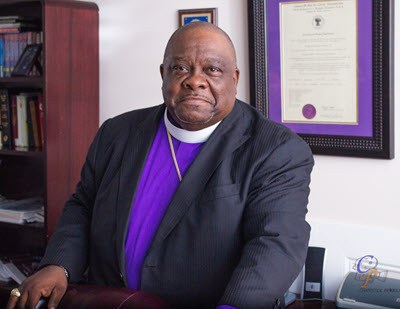 The history of GA Metro is a story of a man of God, led by God to “Make a Difference” in Georgia, in the Church of God in Christ.

The spiritual journey includes serving as District Superintendent under the leadership of Bishop C. J. Hicks from 1992-2002 and Bishop Jack Stephens as an Administrative Assistant/Evangelism Department President from 2002-2003.

It was not until 2011 that Supt. Paden was requested to present his list of pastors to the General Board. On September 13, 2013, General Board members Bishop R.L.H. Winbush, Bishop Nathaniel Wells, and Bishop Brandon Porter made their official visit to review the works of GA Metro Fellowship.

Subsequently on September 25, 2013, Bishop Malcolm Coby of the Standards and Extensions Committee followed to further evaluate on behalf of The General Assembly. Both reviews exceeded everyone’s expectations.

A few weeks later, Supt. Paden was notified by the national church that the Presiding Bishop and General Board voted unanimously to approve GA Metro as the ninth ecclesiastical jurisdiction in the state of Georgia.

During the 106th International Convocation in 2013, Supt. Michael J. Paden, Sr. was consecrated as Bishop and Mother Ruby Williams was installed as Supervisor of the Women Department.